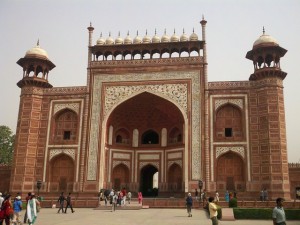 The most-travelled circuit in the country, combining spectacular monuments with the flat, fertile landscape that for many people is archetypal Indian, is the so-called “Golden Triangle” in the north: Delhi itself, the colonial capital; Agra, home of the Taj Mahal; and the Pink City of Jaipur in Rajasthan. Rajasthan is probably the single most popular state with travelers, who are drawn by its desert scenery, by the imposing medieval forts and palaces of Jaisalmer, Jodhpur, Udaipur and Bundi, and by the colorful traditional dress.

East of Delhi, the River Ganges meanders through some of India’s most densely populated regions to reach the extraordinary holy Hindu city of Varanasi (also known as Benares), where to witness the daily rituals of life and death focused around the waterfront ghats (bathing places) is to glimpse the continuing practice of India’s most ancient religious traditions. Further east still is the great city of Kolkata (Calcutta), the capital until early last century of the British Raj, and now a teeming metropolis that epitomizes contemporary India’s most pressing problems.

The majority of travelers follow the well-trodden Ganges route to reach Nepal, perhaps unaware that the Indian Himalayas offer superlative trekking and mountain scenery to rival any in the range. With Kashmir effectively off the tourist map since the escalation of its civil war, Himachal Pradesh (where Dharamsala is the home of a Tibetan community that includes the Dalai Lama himself) and the remote province of Ladakh, with its mysterious lunar landscape and cloud-swept monasteries, have become the major targets for journeys into the mountains. Less visited, but possessing some of Asia’s highest peaks, is the niche of Uttaranchal bordering Nepal, where the glacial source of the sacred River Ganges has attracted pilgrims for over a thousand years. At the opposite end of the chain, Sikkim, north of Bengal, is another low-key trekking destination, harbouring scenery and a Buddhist culture similar to that of neighboring Bhutan. The Northeast Hill States, connected to eastern India by a slender neck of land, boast remarkably diverse landscapes and an incredible fifty percent of India’s biodiversity.

Heading south from Kolkata (Calcutta) along the coast, your first likely stop is Konarak in Orissa, site of the famous Sun Temple, a giant carved pyramid of stone that lay submerged under sand until its rediscovery at the start of the twentieth century. Tamil Nadu, further south, has its own tradition of magnificent architecture, with towering gopura gateways dominating towns whose vast temple complexes are still the focus of everyday life. Of them all, Madurai, in the far south, is the most stunning, but you could spend months wandering between the sacred sites of the Cauvery Delta and the fragrant Nilgiri Hills, draped in the tea terraces that have become the hallmark of South Indian landscapes. Kerala, near the southernmost tip of the subcontinent on the western coast, is India at its most tropical and relaxed, lush backwaters teeming with simple wooden craft of all shapes and sizes, and red-roofed towns and villages all but invisible beneath a canopy of palm trees. Further up the coast is Goa, the former Portuguese colony whose hundred-kilometre coastline is fringed with beaches to suit all tastes and budgets, from upmarket package tourists to long-staying backpackers, and whose towns hold whitewashed Christian churches that might have been transplanted from Europe. 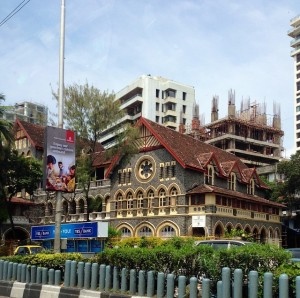 North of here sits Mumbai, an ungainly beast that has been the major focus of the nationwide drift to the big cities. Centre of the country’s formidable popular movie industry, it reels along on an undeniable energy that, after a few days of acclimatization, can prove addictive. Beyond Mumbai is the state of Gujarat, renowned for the unique culture and crafts of the barren Kutch region.
Some of India’s most memorable monuments lie far inland, on long-forgotten trading routes across the heart of the peninsula, the abandoned city of Vijayanagar (or Hampi) in Karnataka, whose ruins are scattered across a primeval boulder-strewn landscape; the painted and sculpted Buddhist caves of Ajanta and Ellora in Maharashtra; the erotic temples of Khajuraho and palaces of Orchha in Madhya Pradesh.
For visitors, India is still one of the least expensive countries in the world; a little foreign currency can go a long way. You can be confident of getting good value for your money, whether you’re setting out to keep your budget to a minimum or to enjoy the opportunities that spending a bit more will make possible. 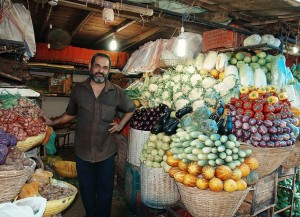 The Indian markets cater multiple options to the travelers to pick the right thing of right choice. From the semi precious stone studded garland to a trendy leather shoe, Indian market is the ultimate destination for the shoppers around the world. A leisurely walk through the crowded lanes of the Indian metro cities are sure to indulge your sense and taste for exquisitely carved jewelry, beautiful handicraft items, excellent paintings and some real good Indian clothes.

India has three major seasons – winter – summer and the monsoon. Winter months (November-March) are bright and pleasant, with snowfall in the northern hills. Summer time (April-June) is hot in most parts of India, and it is then that the numerous hill resorts provide cool retreat. During the monsoon, rainfall is heavy along the west coast between June and September, and along the east coast between mid-October and December. Before stating the India tour, the tourists are recommended to acquire all the necessary information on the climate of India.

The best time to visit most of the country, therefore, is during the cool, dry season, between November and March. Delhi, Agra, Varanasi and the northern states, including Rajasthan and Madhya Pradesh, are ideal at this time, and temperatures in Goa and central India remain comfortable. The heat of the south is never less than intense but it becomes stifling in May and June, so aim to be in Tamil Nadu and Kerala between January and March. From this time onwards, the Himalayas grow more accessible, and the trekking season reaches its peak in August and September while the rest of the subcontinent is being soaked by the rains.