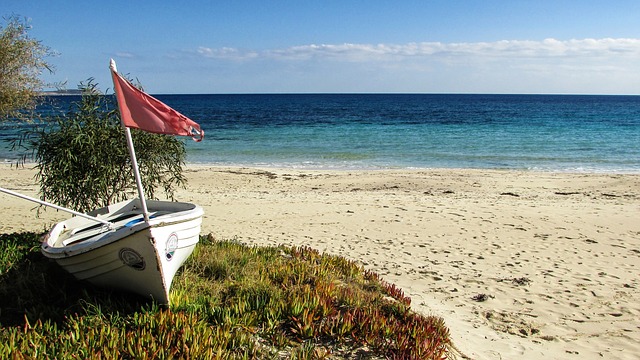 Floating on the waters of the European Mediterranean, but pointing longingly towards the shores of Syria, Turkey and Lebanon, Cyprus is an odd mixture. It is a kaleidoscopic blend: its cultural influences are dominated by Western Europe, but its geographic proximity to Asia and Africa gives it more than just a hint of the East. Long coveted by mainland Greece and Turkey, this small island has its own definite and beguiling character.

Whether you know it as the ‘island of sin’ (or ‘fun’) thanks to wild stories from Agia Napa; the country that entered the EU only as a half; or, as the tourist brochures love to point out, ‘the island of Aphrodite’, Cyprus both confirms and confounds the stereotype. Parts of Cyprus have been overrun by keen developers who (depending on who you’re talking to) have either ‘sold the country’s soul’ or ‘are bringing great wealth to the island’. Whatever the truth, in the tourist centres of places like Pafos, Agia Napa or Lemesos (Limasol), you might feel as if you’ve entered a sunny, scorching Essex suburb with lobster-red Brits letting it all hang loose with a lukewarm can of Foster’s in tow. But if curiosity draws you out of the cities, you’ll discover the small villages of the Akamas Peninsula and the heavenly golden beaches of the Karpas (Kırpaşa) Peninsula. Walk the gorgeous Troödos and Kyrenia (Girne) & the Northcoast and inhale the scent of the citrus groves of Morfou (Güzelyurt), or climb to the medieval castles with their shimmering island views. Wander through the sea of wildflowers covering the island in spring, and Cyprus will take your breath away. With good walking shoes, a swimsuit and some sunscreen in your bag, you can have a trip you’ll remember for years.

Locally produced items, which are popular to visitors, include leather goods woven goods,(curtains and tablecloths) ceramics, copperware, handmade silverwaew and jewellery,baskets,handmade carpet, and the famous traditional hand-made Lefkaritika lace. These can be purchased from the many souvenir and other shops found throughout the island as well as the the cyprus handicraft centres in Nicosia .Lemessos.Larnaca and Pafos.

Cyprus wines and spirits, which have been famous for centuries. Are also high on visitors shopping lists and can be purchased from supermarkets or grocery shops.

İn most of the tourist area both souvenir shops and supermarkets remain open until late in the evenings and all day on Sunday.in towns, shops may remain open up to 19:30 hrs during the winter period(November-March) and up to 20:30 hrs during the Summer period(April-October). As from 15th of June till 31st of August shops in towns close between 14:00 and 17:00 hrs for the summer afternoon break.

Lemesos’ tourist appeal starts 30km east of the city, at Governor’s Beach. With a private bus serving the area from Lemesos, many decide to spend their day chilling out (or, more appropriately, baking) on the several coves of dark sand, contrasted by the white chalk cliffs behind them. There are a couple of restaurants here and at least one place to stay, though the overall ambience is slightly marred by the sight of the large Vasilikos power station looming 3km to the west.

Beach techno parties are frequent during the summer here, so keep an eye out for leaflets advertising such events across the island.

Possibly the most famous and mythical beach in Cyprus, Aphrodite’s Beach is most certainly one of the island’s most beautiful. Driving along the old B6 road from Lemesos to Pafos (a highly recommended journey), you’ll stop in awe as you see the vast indigo expanse of the Mediterranean beneath the intense blue of the cloudless summer sky, the white rock and the beach that curls around it. The view from the road is stunning. The two upright rocks look as if they might just walk out of the water.

This place, located in the southernmost shore of a peninsula that overhangs the southeast tip of Cyprus, is known to be one of the greatest dance party destinations in the world. But just a few steps ahead from the maddening crowd lies the Agia Napa Monastery, sited as a serene oasis. The town also houses several museums. Among them, the Tornaritis Pierides Museum of Marine Life, founded in 1992, makes a delightful watch. It is a splendid storehouse of the past as well as the present marine life. Another museum, Thalassa, is known to preserve the marine heritage of Cyprus is also popular among the visitors. Agia Napa is also well connected by road, rail and air. Bus services make it easy to get around.

Being the second largest city in Cyprus, this place has a lot to offer. The medieval castle in Limassol is a true delight in itself. The visitors can witness several wood carvings and cannons of the 17 th and 18 th century along with statues, suits of Armour, terracotta, coins, metal-ware, pottery, and more relics. The Folk Art Museum is another interesting place to visit. It is a storehouse of an amazing compilation of Cypriot Folk Art. The Public Garden is a mesmerizing sight where visitors can gaze upon pine, eucalyptus and cypress trees.

The official languages for Cyprus are Greek and Turkish. Greek is the predominant language for south Cyprus and Turkish is in the north Cyprus language. Greek is the official language which is spoken by approximately 23 million people in Cyprus. English is the second language which is widely spoken by the people. Now Russian is spoken. English is the sign of sophistication and Cypriots try to perfect their English. For Cypriots, it is very essential to learn Greek language. 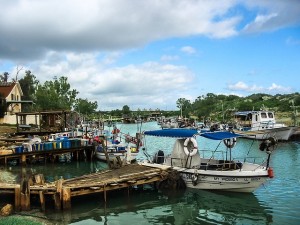 The best time to go to Cyprus depends on the kind of experience you wish to have. With its intense Mediterranean climate, the island’s weather is easy to predict. The summer months of June to September are hot and action-packed. August in particular is the peak of Cyprus’ tourist season, when the locals squeeze up next to the tourists on beaches and restaurant benches. Kids are on school holidays and things can get a bit raucous. Accommodation prices go up quite a lot during these months, so if you’re on a budget, avoid the height of summer.

October to May are the quiet months of autumn, winter and spring, when the landscape is covered with wildflowers that seem to encompass every colour in the rainbow. Walking either the Troödos Massif or the Akamas Peninsula, or cycling the Karpas (Kırpaşa) Peninsula in the North is most enjoyable in the autumn and spring months. Autumn in October and spring in April and May are short and the transition between winter and summer is rapid. Rain falls mainly in autumn and winter, and outside these months precipitation is rare. Water shortages can be a real problem in Cyprus.

Winters are changeable, with cold and warmer weather alternating. Conditions also vary with elevation. The Troödos Massif usually gets some snow in winter and you can ski on Mt Olympus in the South from early January to mid-March.

Average daily summer temperatures in Lefkosia/North Nicosia are between 22°C and 37°C but often reach 40°C or more. From December to March the night temperature in the Troödos Massif is often below freezing.