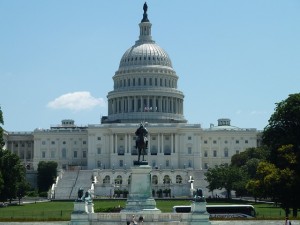 Located on the Potomac River between the Blue Ridge Mountains and the Atlantic Ocean, Washington is known for its hot, humid summers, pleasant springs and autumns, and mild winters with seasonal snowfall averaging just over 17 inches. Carved from south-central Maryland, Washington is bordered on three sides by that state and sits across the Potomac River from Virginia on its fourth side. The District is also divided by the Anacostia River and Rock Creek. One fourth of the District is park land. The city is divided artificially into four quadrants: northeast, northwest, southeast, and southwest.

Washington DC is the capital of the United States of America. Settled as a port town for tobacco trade in 1751, Washington flourished into a city after the Revolutionary War and became America’s capital in 1800. The city is named after the nation’s first president and military general, George Washington. The District of Columbia, which is a government protectorate, is named after Italian explorer Christopher Columbus. During the Civil War, Washington DC served as a military base for the Union army. 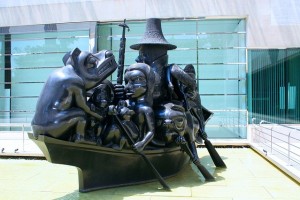 There is such a plethora of museums, monuments and points of interest that it can take many trips to Washington, DC to visit its sites in full. Sometimes referred to as the “Nation’s Attic,” the Smithsonian Institution has 15 museums including the Air and Space Museum and the National Museum of Natural History. Two of the newest museums in Washington are the International Spy Museum and the Holocaust Museum. Visitors can see the workings of the U.S. government by touring the country’s capitol or heading to the White House visitor’s center. Additionally, many of the governmental agencies, such as the DEA, have exhibits and some provide tours of their facilities. Washington, DC also has plenty of free things to do for visitors on a budget.

The Washington, DC restaurant scene is eclectic enough to offer dining options for every preference and budget. Enjoy lunch alongside the who’s who of the nation at Capitol Hill restaurants like the renowned steakhouse, Capital Grille, or B. Smith’s, a staple for soul food in Washington DC. Dine in landmark settings like the 600 Restaurant at the infamous Watergate Hotel, experience some of the finest outdoor dining at the affordable Chef Geoff’s or enjoy the chic celebrity setting of Neyla in Georgetown. This guide offers reviews of the many Washington, DC restaurants, cafés and pubs, as well as the option to make reservations

Get to know the wonders of the Washington, DC nightlife scene with this guide to the Washington, DC clubs, concerts, bars, nightlife and gay nightlife. The Capital City is packed with options for every after-dark reveler, including fashionistas sporting the latest Prada, hipsters donning their favorite vintage threads and dive bar folks in search a shot of Jack with a cold PBR chaser. Also, the local band directory provides info on the DC live music scene, which features everything from live jazz to nitty gritty rock.

Getting around Washington DC is relatively easy as most attractions are within walking distance of each other, and there is an excellent public transport system that includes buses and the Metrorail subway, which has stations at or near almost every tourist attraction. The system operates until midnight during the week, and metro rail stations stay open until 2am on Fridays and Saturdays. The efficient Metro rail subway system provides services throughout the city and to the Virginia and Maryland suburbs and is used by means of a computerized fare card. The extensive bus network fills in the gaps, but is more complex to use and is slower due to heavy traffic; bus transfers are free and valid for two hours from boarding. Both buses and trains charge a standard fare. Bus, train or combined one-day passes are also available. Although most visitors to Washington DC arrive by car, it is often easier to use public transport as traffic is heavy, and parking in the city is difficult and expensive. Taxis are a good way of getting around for short distances and they are cheaper than any other major city in the US; instead of meters they operate on a zone system with flat rates displayed, although several surcharges apply, including ordering one by phone.

While the city of Washington DC’s weather is highly seasonal with extreme variations between summer and winter; it has been known to be unpredictable too. Summers tend to be very hot and humid, the conditions exacerbated in the heart of the city with its concrete and steel. The hottest times of year are usually July and August, with temperatures ranging from about 86°F to 93°F (30°C to 32°C) and thunderstorms are common due to the combined heat and humidity.Fall and spring are the best seasons, when chilly but bright, perfect days are the norm. Sudden rain or snowfalls are possible though. In winter the city is subject to heavy snowfalls, averaging 17 inches (43cm) a year, and sudden arctic blasts or frozen rainstorms.