The second-largest archipelago in the world, with over 7000 tropical islands, the Philippines is one of the great treasures of Southeast Asia. Often overlooked by travellers because of its location on the ‘wrong’ side of the South China Sea, the Philippines rewards those who go the extra distance to reach it. And because it’s off the beaten path, the Philippines is a great place to escape the hordes who descend on other parts of Southeast Asia. First and foremost, the Philippines is a place of natural wonders – a string of coral-fringed islands strewn across a vast expanse of the western Pacific. Below sea level, the Philippines boasts some of the world’s best diving and snorkelling, including wreck diving around Coron and swimming with the whale sharks offDonsol. Above sea level, it has a fantastic landscape with wonders enough to stagger even the most jaded traveller: the Chocolate Hills of Bohol, Banaue & the Rice Terraces and fascinating reminders of the islands’ history in places such asSamar & Leyte and Vigan. And if you’re after palm-fringed, white-sand beaches, try laidback Sipalay or flat-out party town Boracay.

Of course, any traveller who has been here will tell you that it’s the people and their culture that makes the Philippines unique. Long poised at the centre of Southeast Asian trade, colonised by a succession of world powers, the Philippines is a vivid tapestry that reflects its varied cultural inheritance. And despite the poverty that afflicts much of the nation, the Filipinos themselves are among the most ebullient and easygoing people anywhere. The Philippines truly qualifies as one of the last great frontiers in Southeast Asian travel. Cross whichever ocean you need to and see for yourself.

The Philippines used to be an old Asian shopping emporium, going back to those days when its coastal towns sold pearls, tortoise shells, beeswax and trading vessels from as far as Arabia. Today, the attraction of shopping is centered more on handicrafts, woodcarving and articles made of shells. Shopping in the cities of Philippines like Manila, Cebu, Baguio and Zamboanga can be quite a worthwhile experience and is bound to yield rewards.
The two most common jewelry found in the Philippines are shell and silver jewelry. Mother-of-pearl is probably the most popular, followed by coral and tortoise shells that are increasing in popularity as well. In spite of that, tourists are discouraged from buying items made from coral and tortoise shells as this industry is slowly destroying the coral reefs and the surrounding habitats.
Apart from shell and silver jewelry, there are also specialty shops at Ermita and Makati that sell wood and vine jewelry as well as beadwork such as necklaces, earrings and ornamental hair pieces of the T’boli, the Mangyan and the Igorot tribes.

Passports valid for a minimum of 6 months beyond intended length of stay required by all except holders of a Hong Kong (SAR) or Taiwan Certificate of Identity.

Note: (a) Holders of Certificates of Identity, Travel Documents, Documents of Identity, Taiwanese Passports and all stateless persons do require visas. (b) All children of Filipino nationality must hold individual passports. (c) Children of other nationalities up to the age of 15 and not accompanied by a parent are only permitted entry if they secure a visa based on an approved Waiver Exclusion Ground (WEG) granted by the Bureau of Immigration. Applicants should apply at the Consulate (or Consular section at Embassy) at least two weeks in advance. 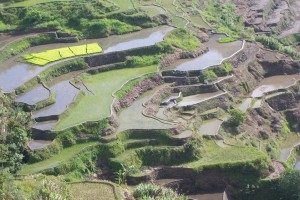 Has always been the favorite place of beach goers to go in the Philippines. This is because of the great white sand and cool waters, Boracay is the place for people looking to party. It is even considered as one of the finest beaches in the world.Boracay is located in the North West part of the Visayas area called Panay.

If you’re looking for a place that can be like Hawaii, Pagudpud is the place to visit. The strong winds and waves can be compared to that of Hawaii which makes this place often visited by surfers. Pagudpud also has long continuous white sands and inviting beach waters for people looking to just swim. Compared to Boracay, this place is more secluded.

The palce has been known to be one of the most beautiful places in the Philippines because it still seems like a paradise. Some people even consider the palce the “Garden of Eden” in the country. Camiguin has a great topography that includes waterfalls, and the hot and cold springs. The place will be mesmerizing and will definitely tempt you to go back.

These are islands that surround the capital of the South Western province of Palawan. Among these islands, the tourist can go island hopping, diving and swim on the cool waters. In one of the islands, one can see the variety of fishes without swimming out too deep.

The Philippines has one of the most productive marine ecosystems in the world. Its tropical waters are enriched by currents coming from Japan, the South China Sea, the Indian Ocean, and the Celebes Sea. No wonder the country’s waters abound with species of fish, shells, various marine invertebrates and other forms of marine life found in the Indo-Pacific region. It has no less than 800 species of corals.

Some of the best diving can be found in Anilao, a small town in southern Batangas. Other notable dive spots include Apo Reef National Park on the island of Apo, whose surrounding waters are home to some 500 species of coral, and Biri Island, Eastern Visayas.
Weather
The Philippines has a tropical marine climate dominated by a rainy season and a dry season. The summer monsoon brings heavy rains to most of the archipelago from May to October, whereas the winter monsoon brings cooler and drier air from December to February. Manila and most of the lowland areas are hot and dusty from March to May. Even at this time, however, temperatures rarely rise above 37° C. Mean annual sea-level temperatures rarely fall below 27° C. Annual rainfall measures as much as 5,000 millimeters in the mountainous east coast section of the country, but less than 1,000 millimeters in some of the sheltered valleys.

Tickets
Book well in advance if you plan to arrive in the Philippines during December – expat Filipinos flood the islands to visit their families during Christmas and New Year. If you’re flying into Cebu, the lead-up to Lunar New Year in late January or early February can also get congested, as the city’s sizeable Chinese population prepares to celebrate