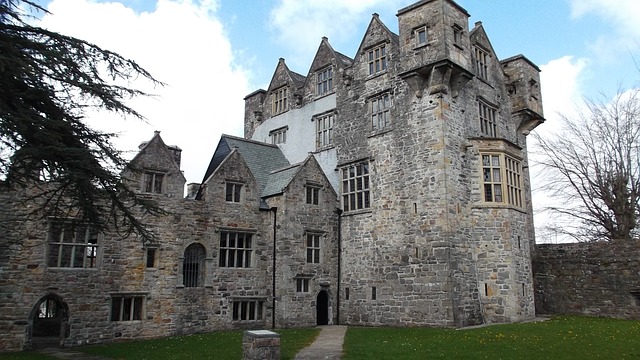 Situated in North Western Europe, Ireland is an island of approximately 85,000 square kilometres (32,000 sq miles) and has a coastline that stretches over 4800km (3,000 miles) with several indentations and magnificent peninsulas.
The island of Ireland consists of 32 counties, of which six are part of the United Kingdom. These 6 counties form Northern Ireland an entity created within the United Kingdom when the remaining 26 counties gained independence in 1922 to form what is today called the Republic of Ireland.. The 32 counties are grouped into 4 provinces, Munster, Connaught, Ulster and Leinster. Ulster, which consists of 9 counties, includes the six counties of Northern ireland.
The Capital City of the Republic of Ireland is Dublin while Belfast is the seat of power in Northern Ireland. The largest county on the island of Ireland is Cork, situated on the South Western coast.

For decades Ireland, as a tourist destination, has been renowned for its idyllic countryside, rugged coastline and rural traditions, for Irish music, literature, language and Irish culture, from legends & leprechauns to ancient monuments & Irish castles. What makes Ireland so special is its evocative scenery; the landscapes that have spawned the legends of Fionn Mac Cumhail, Cu Chulainn, Diarmuid & Grainne and the legendary warmth and friendliness of the Irish people.

Ireland (Éireann in Irish) is a place that both absorbs and permeates visitors leaving them with cherished memories.

Dublin was voted Europe’s fourth most popular city break destination, behind London, Paris and Rome and is one of the friendliest capital cities in the world. Dublin’s elegant Georgian architecture makes it one of Europe’s most attractive capitals. Dublin is a relatively small and accessible city, small enough and safe enough to get around on foot, while the Luas tram system and the suburban rail system, the DART, provide excellent transport links throughout the city.

Dublin is where you’ll find many of the nations treasures, housed in the city’s galleries and museums and is where some of the most important events of Ireland were played out, most notably the Easter Uprising of 1916. Though the battle between the IRA and British Forces caused extensive damage to the O’Connell Street area of Dublin, (the bullet holes can still be seen on the General Post Office) this was one of the formative events of the Irish Republic.

St Patrick’s Street runs through the heart of the city. It offers a host of shopping opportunities and boasts some of Europe’s largest retail chains. Oliver Plunkett Street, which runs partly parallel to Patrick’s Street, bustles with smaller shops, life and color. Second-hand books, hand-made chocolates, an infinite array of surprises can be found in the alleyways and lanes around this central shopping district. Heading west, one comes to the English Market , the culinary heart of Cork, boasting a huge array of fresh local produce, and tantalizing international delicacies. Following St Patrick’s Street eastwards leads to the statue of Father Mathew , much respected founding father of the Irish Temperance Movement. Tucked off to the left, one finds the Cork Opera House , venue for national and international theater, opera, and concerts.

The Crawford Art Gallery with its impressive collection to suit modern and traditional tastes is also to be found here. At the other end of St. Patrick’s Street lies Grand Parade. A visitor might wish to turn left here, past the cheerful greenery of Bishop Lucey Park, and view the impressive Nationalist Monument, or turn right to ramble along the Coal Quay, with its bustling Saturday open-air market, second-hand shops, and enjoy a pint or a coffee in the spacious, gracious Bodega. One block further west lies North Main Street, and the Cork Vision Centre: situated in the historic St Peter’s Church, it offers the visitor the opportunity to really get a feel for the city with a magnificent 1:500 scale model of the whole city.

Guinness originated in St James’s Gate, the heart of Dublin, where Arthur Guinness established his business in 1759. Nowadays, a fermentation plant at St. James’s Gate Brewery has been transformed and reddeveloped so that you can experience how Guinness is produced from start to finish.

The Cliffs of Moher

These majestic cliffs rise from the Atlantic Ocean to a height of nearly 200m and extend for a distance of 8km from Hag’s Head due west of Liscannor to a point beyond O’Brien’s Tower. They take their name from a ruined promontory fort, Mothar, which was demolished during the Napoleonic wars to make room for a signal tower.

Croke Park is one of the most prominent features of Dublin’s northside cityscape. Close to Dublin airport and Dublin city centre, Croke Park proudly stands on 700,000 sq feet. Inside, the contemporary design and spectacular views offer an exciting location for world class events. Home to the GAA (Gaelic Athletic Association), Croke Park is at the heart of Irish sporting life. Now a world-class stadium, Croke Park is the largest stadium in Ireland and the fourth largest stadium in Europe.

Dublin Castle is located in the centre of historic Dublin. Situated close to the junction of the River Liffey and the Poddle, it is thought that the area was once an ancient Gaelic Ring Fort, and subsequently a Viking Fortress. The South Range is home to the stunning State Apartments. Now the venue for Ireland’s Presidencies of the European Community, State Functions and Presidential Inaugurations, they were originally built as the residential quarters of the viceregal court. The State Apartments, Chapel Royal and the Undercroft of Dublin Castle are open to visitors.

The Phoenix Park is the largest urban enclosed park in Europe. It’s circumference is 11km and it covers a total area pf 712 hectares / 1,760 acres. Also known as Dublin’s playground, the Phoenix Park opened in 1747, and it is home to the Irish President and the U.S. ambassador to Ireland, not to mention the many assorted wildlife such as deer and horses. Located 3km (2m) west of Dublin city centre, the Phoenix Park is beauatifully landscaped, with quiet pedestrian walkways, ornamental gardens, grassland, nature trails, and avenues of trees, including oak, beech, pine, chestnut, and lime.

The Greyhound stadium in Cork offers a dynamic and unique night out to visitors. It operates a ten race program most Thursday, Friday and Saturday nights.

For those that appreciate fine dining, the Laurels Restaurant can provide seating for up to 180 people overlooking the racetrack below, all in a lavish three-storied glass setting. On the top floor, visitors can drop in to Master McGrath’s bar, were they will find the perfect environment to relax and enjoy a drink while observing the racing action below.

After the thrill of the racetrack, there is live music played by a different band every night. Definitely a day’s entertainment not to be missed 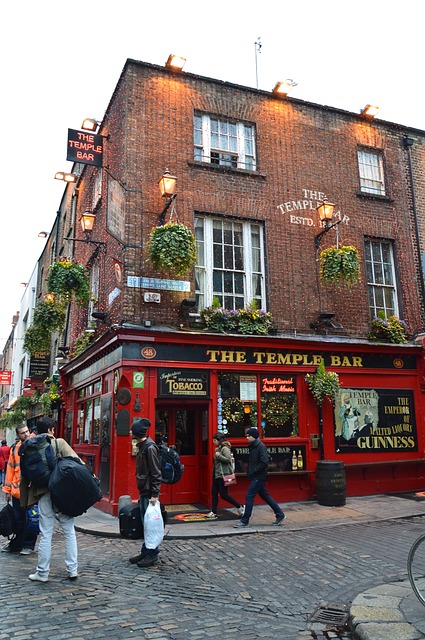 Like any other European nation, Ireland has a complete spectrum of shops and stores, from corner stalls to the multi-national department stores. Ireland is probably most famous for its crystal, such as Waterford, Galway, Dublin, Tipperary and Kinsale. Craftsmen, using skills handed down from generation to generation, produce arguably the most beautiful and famous pieces of glasswork in the world.

Aran sweaters, Irish Tweed and Irish Linen also spring to mind when considering shopping in Ireland. Huge ranges of the best quality clothing, pottery and souvenirs can be found throughout Ireland.

Typical winter weather in Ireland is clouds and rain with the occasional sunny spell. The mountains may have snow on them for many weeks in winter, but falls on the lower ground on only a few days a year, and is generally not a feature of the Irish climate. Temperatures hover around a January average of 5ºC. Overnight temperatures often drop below freezing point, and ice and frosts are common. Each winter there are a few weeks when the temperature does not rise above freezing point all day, and rivers and lakes can partially freeze over.

The currency in the Republic of Ireland is the Euro (ISO currency code EUR). There are 7 euro notes. In different colours and sizes they are denominated in 500, 200, 100, 50, 20, 10 and 5 euros. The notes are uniform throughout the euro area; unlike coins, they have no national side. The designs are symbolic for Europe’s architectural heritage. They do not represent any existing monuments.

There are 8 euro coins denominated in 2 and 1 euros, then 50, 20, 10, 5, 2 and 1 cents. Every euro coin carries a common European face. On the reverse, each Member State has their own motif. In the case of Irish coins they have a harp, the date and the word “eire” – i.e. word for Ireland in the Irish language.