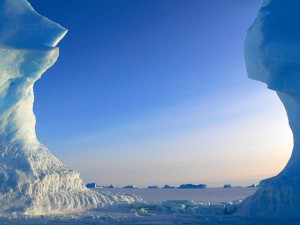 No place on earth compares to this vast white wilderness distilled to an elemental haiku: snow, ice, water, rock. Antarctica is simply stunning. The enormity of its ice shelves and mountain ranges invariably heightens feelings of humanity’s insignificance and nature’s grandeur. Antarctica’s peculiar beauty may haunt you for the rest of your days. Even the trip over, crossing the Southern Ocean is an experience – with no landmass, low-pressure systems circle clockwise unimpeded, eventually reaching incredible speeds. The Falkland Islands in the South Atlantic are often included in a trip to Antarctica.

Because the continent has never had a native population – even today, scientists and other staff members at research stations are only temporary residents – Antarctic wildlife is still unafraid of people. Well-behaved visitors usually elicit no more than disinterested yawns from seals and penguins focused on rearing their young and evading predators. The human reaction is exactly opposite: almost all visitors to Antarctica find that their experiences here exceed their expectations.

The highest wind speed ever in Antarctica was when the wind was moving at five meters per second. The wind is an important factor in making Antarctica cold. The wind can lower the temperatures of Antarctica by at least ten degrees.

When is the best time to travel to Antarctica?

Antarctica is only accessible by tourists from November to February, when the pack ice has broken up, and the 20 hours of sunlight per day brings warmer temperatures.

Tourists do not visit Antarctica during winter, when the pack ice extends its frozen mantle for 1000km around most of the continent. In any case, few people would pay thousands of dollars to experience the Antarctic winter’s near round-the-clock darkness and extreme cold – the thermometer can plummet to -50°C.

The Antarctic tour season is short – about five months, with each offering its own highlights. November is early summer: the spring pack ice is breaking up, and birds – especially penguins – are courting and mating. December and January, when penguins are hatching eggs and feeding chicks, are the height of the austral summer, bringing warmer temperatures and up to 20 hours of sunlight every day. In the late summer months of February and March, whale-watching is at its best, penguin chicks are beginning to fledge and adult penguins are ashore molting.

Cruises later in the season may be less crowded. However, the longer you wait to go, the more wildlife will already have headed out to sea.

When viewing Antarctic wildlife, it is important to keep your distance. For one thing, the Guidance for Visitors to the Antarctic requires it – and it’s important for your personal safety. Your presence changes the ­animals’ behavior, so the further back you keep, the more natural the animal will act. While wildlife may not seem to be concerned about your presence you may in fact be causing it considerable stress. A single thoughtless gesture can cause the loss of an egg or chick to a predator, or the crushing of a seal pup by a frightened adult. Another reason to keep back is that your photos won’t turn out as well if you press in too close – the animals are more likely to move, blurring your picture.

International measures adopted in 1964 provide overall protection for animal and plant species in Antarctica. No animal or plant in Antarctica may be collected or killed without a license, except in an emergency as food.

The most popular residents of Antarctica are the ‘tuxedo wearing’ penguins. There are many species of penguins, the most common being the Adelie, Gentoo, Chinstrap and Macaroni. On shore excursions, you will be delighted to be able to watch penguins at their daily routine – grooming, building rocky nests, caring for their young, sliding on their bellies down snowy slopes, and diving into the sea where they instantly transform from comical waddlers to graceful speedy swimmers. Penguins dine on krill found in these waters, and the health of these populations is an indicator of the abundance on this building block of marine life. Penguins come in from their winter home on the pack ice to next on the rocky shores of the Antarctic Penninsula. Mating pairs build their nests with small rocks, and take turn incubating the eggs while the other feeds on the sea. After about 35 days, the chicks hatch and are watched by both parents, fed on regurgitated fish and krill. After about four weeks chicks can be left in groups (creches) while parents leave to feed. Their gray down eventually turns to adult plummage. By late March, most of the chicks can swim and are able to leave the continent as the pack ice builds.

NOTE: Healthy adult penguins have no predators on land, so they have no natural fear of humans. While they don’t like to be approached directly, these naturally curious birds will sometimes come quite close to a quiet observer to get a better look.

Antarctica has some of the most fascinating sea birds in the world. Even non-birders will appreciate the amazing endurance these birds display in the inhospitable polar world. First on the list is the Wandering Albatross, the largest of the albatross family, which is found only in the South Pole. This bird has the largest wingspan of any living bird on earth, allowing it to glide for thousands of kilometers over several days. They can live 80-85 years and mate for life. They often spend several years at sea before returning to their native land to breed. Another interesting sea bird is the menacing skua, on of the penguin’s main predators. You will often see them near penguin rookeries, waiting to snatch eggs or juvenille penguins. In return, skuas must defend their own nests from other skuas, and petrels, another of Antarctica’s predatory birds. Largest of the petrel family, Giant petrels, forage for food on both land and sea.

On land, they kill birds as large as King penguins and scavenge in seal colonies. At sea, they eat fish, squid and crustaceans, scavenging dead whales and seabirds. Although they are carrion-feeders they are unquestionably magnificent fliers. Additional birds you may encounter include cormorants, fulmars, gulls, sheathbills and terns. You may be lucky enough to spot the tiny Arctic tern who has one of the most amazing migration patterns of any bird on earth, traveling from the North to the South poles – over 20,000 miles a year! 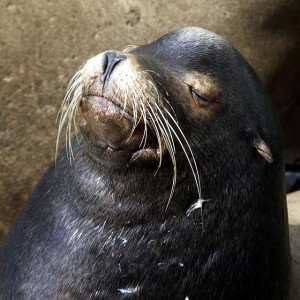 There is a much larger population of seals in Antarctica than in the Arctic, mostly due to the nutrition-rich waters and the lack of native predators. Of the seals south of the Antarctic Convergence, only the Weddell, Crabeater, Ross and Leopard are native to this region. The Southern Elephant and Fur seals tend to enhabit more northerly islands in warmer seas. Much of the history of human interaction with Antarctica centers around the search for seal pelts. Many species, namely the Fur seal, were hunted almost to the point of extinction. Today, seals in the Antarctic are protected by the Convention for the Conservation of Antarctic Seals, which nonetheless allows for a small quota of specific species to be taken for science.

Even though seals are a mainly aquatic mammal, they must return to the ice surrounding Anarctica or the rocky shores of northerly islands to breed. Breeding behaviors vary greatly among seal species. Ross, Weddell, and Leopard seals breed alone. Other species, such as the Antarctic Fur seal and the Southern Elephant seal prefer larger groups where dominant bulls aggressively defend ‘harems’ of females. Another amazing fact about Elephant seals is that one of their main foods is the giant squid, for which they must dive down several thousand feet, holding their breath for up to two hours. They can do this by lowering their heart rates. Most seals live on krill, fish and squid. The Leopard seal, however, is a meat eater. One of the few native predators in Antarctica, its diet includes penguins, fish and even other seals. It is an exhilarating experience to encounter one of these eerie hunters from a Zodiac.

The types of whales you are likely to see in Antarctica fall into two categories: the toothed whales (Odontoceti) including the Sperm and Killer (orca) whales, and the baleen (Mysticeti) including Humpback, Minke, Blue, Sei, Fin and Southern Right whales. Toothed whales use their jaws and teeth to eat fish, squid and marine mammals, while baleen whales feed on krill and smaller fish. Whales are the only mammal other than the manatee that live their entire life in the water. Antarctic whales can migrate very long distances, staying in the cold Southern waters to feed, then heading north to warmer waters to breed, birth and nurture their young. Some whale species travel alone or in pairs while others travel in large social groups called pods.

What are the passport/visa requirements for American citizens traveling to Antarctica?

As no one owns the Antarctic continent, no visitors require a visa or passport; however, a valid passport will be required for any stops en route, and visas and passports may be needed for points of departure. Most Western countries are signatories of the Antarctica Treaty and those wishing to visit Antarctica independently must obtain a permit.